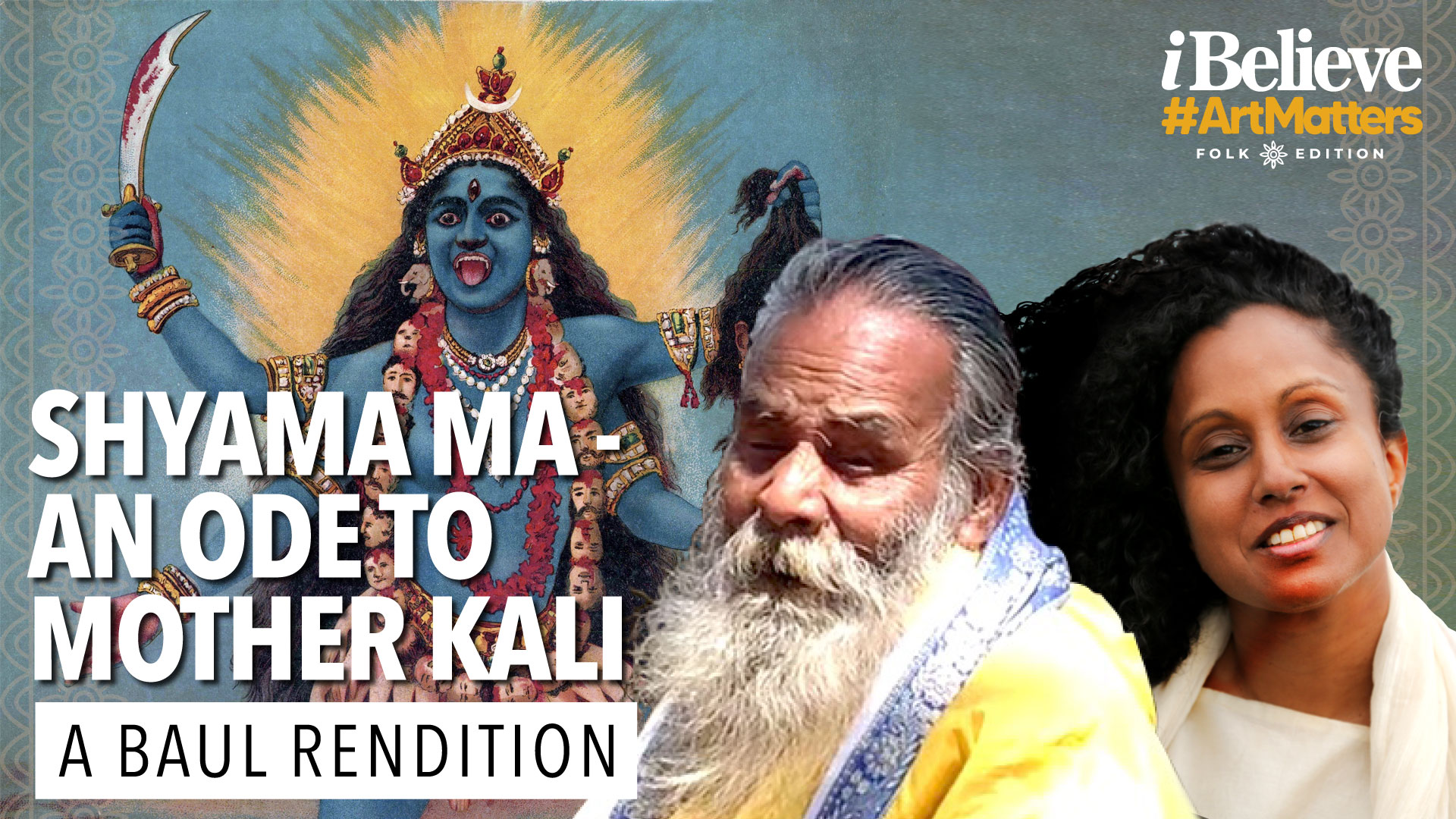 Susheela Raman and Kanai Das Baul have known each other for 15 years, learning and understanding the intricacies of each other’s craft. For I Believe Art Matters: Folk Edition, the two exceptional singers will come together to sing a devotional song dedicated to Goddess Kali, ‘Syama Ma’.

Susheela Raman & Kanai Das Baul
Kanai Das Baul lost his vision to smallpox when he was six months old but at the age of 10, his elegiac voice was discovered by a passing Baul. Recognizing him for his talent, the Baul accepted Kanai as his pupil and this was the beginning of a new journey with Kanai learning the magic of Baul Sangeet with its variety, colourfulness, vibrancy and aura. Developed by a group of mystic minstrels from Bengal, this genre is highly spiritual and presents a unique approach to music. Presently, Kanai Das is one of Baul’s most celebrated singers! For I Believe Art Matters: Folk Edition, the renowned Baul singer is collaborating with singer, composer and curator, Susheela Raman, an artist who has revolutionised the musical landscape with her creative genius and soulful songs. Raman moves between genres, across frontiers and into new spaces with uncanny ease. Known for her beguiling, incandescent and otherworldly stage presence, Susheela’s iconoclastic take on her Indian roots bypasses the ingrained hierarchies of the classical music field.