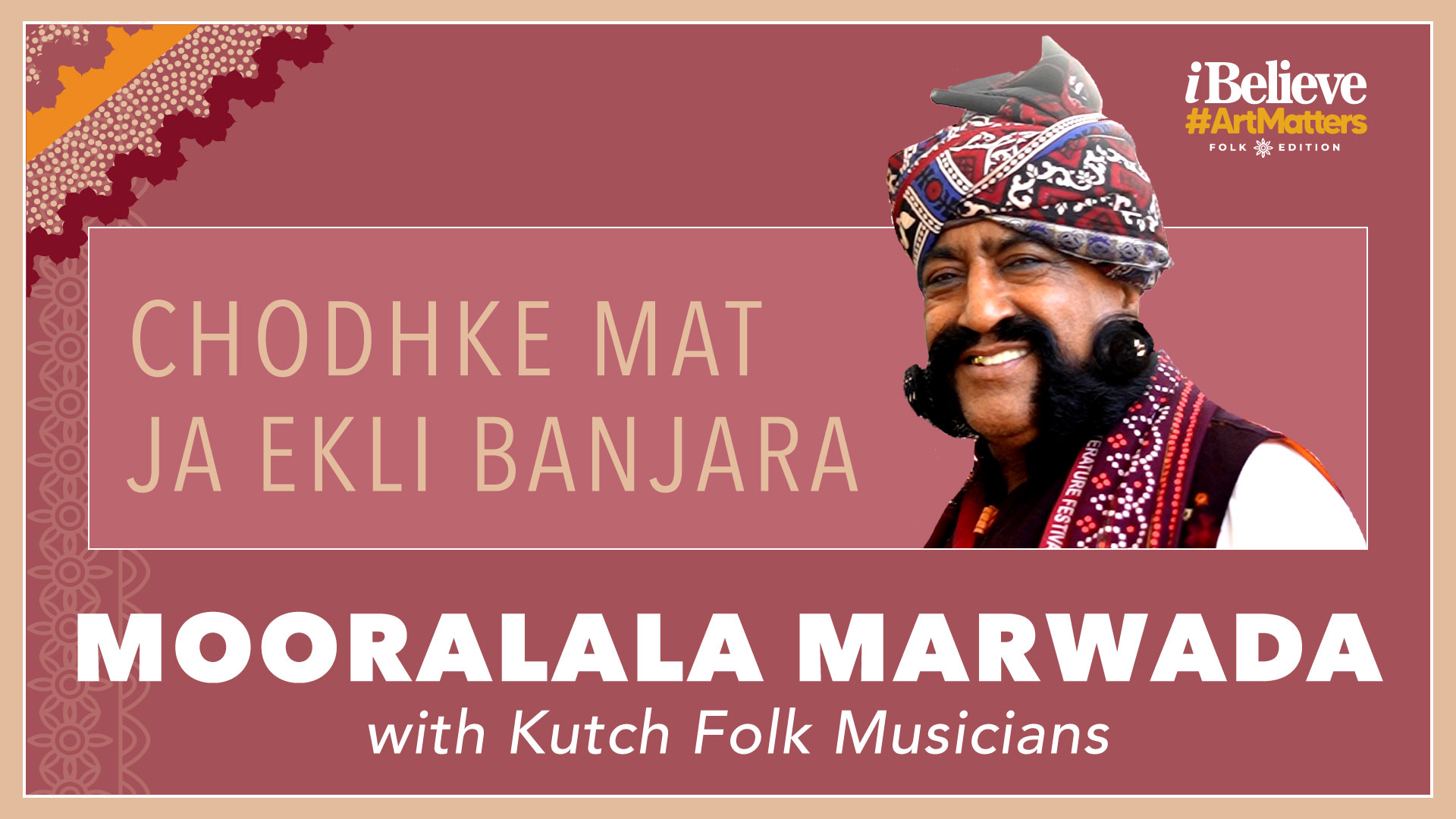 For I Believe Art Matters: Folk Edition, Mooralala Marwada is going to astound listeners with his enchanting voice as he delivers a soulful performance of ‘Chodhke Mat Ja Ekli Banjara’. The artist is renowned for performing in the classical Kaafi form of music that has evolved and been adopted by the Hindu singers of Shah Abdul Latif Bhittai.

Mooralala Marwada
A Sufi folk singer from the Janana village of the Kutch District in Gujarat, Mooralala Marwada hails from a long line of Meghwal singers. Mooralala enchants listeners as he sings the timeless poetry of saints, mystics and poets such as Kabir, Mirabai and Ravidas. The tremendous energy with which he sings captivates you and he known for his powerful voice that fills audiences with immense joy!